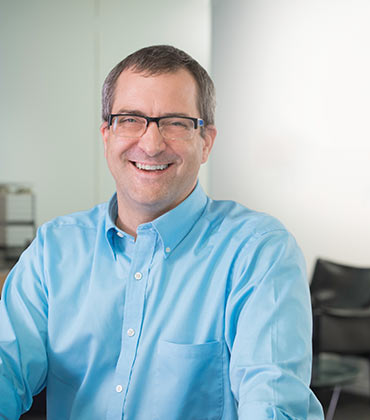 Internet of Things Fundamental to Success of the Digital Business 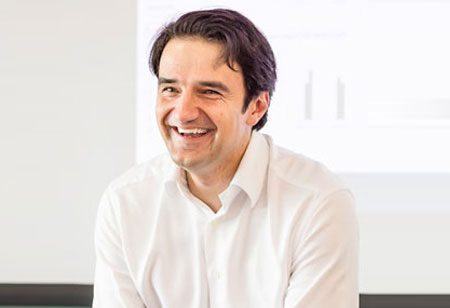 Once composed solely of mechanical and electrical parts, products have become complex systems that combine hardware, sensors, data storage, microprocessors, software, and connectivity in myriad ways. These “smart, connected products” made possible by vast improvements in processing power and device miniaturization, and by the network benefits of ubiquitous wireless connectivity, have unleashed a new era —the era of Internet of Things (IoT). And as this era begins, it yields forth a lot of challenges and opportunities, and hits the dirt only to resuscitate with lots of notions.

“IoT—we don’t see it as an isolated developing sector, instead, we see it as the fundamental part of what we would call the ‘Digital Business’. By ‘Digital Business‘, we mean businesses which proactively and creatively use technology to compete smarter in the marketplace, or even to disrupt the market.” says Florin Rotar, CTIO, Avanade. As a Chief Technology Innovation Officer, Rotar infuses customer-centric innovation and industrialization in their services, helping Avanade navigate through complex market dynamics by harnessing emerging technologies. “We need to look at the Digital Business from a 3-dimensional perspective; one being business processes, the second one being people, the third one being smart “things”.. The seamless integration of people, processes and things is what makes this Digital Business revolution so exciting.”

Emphasizing on connectivity, Rotar thinks, a successful IoT project will depend upon digital effects; people could create scenarios where everything around us will be interconnected. He goes on to say, “As we start to see various connections form, we will be immersed in a mountain of data, where the challenge will be to make sense of the data generated by IoT.

It’s a new world where Solution Architects, Business Analysts, Technology Architects have to be willing to un-learn and relearn things they used to know ,and adopt a new way of thinking because there are very few tried and tested best-practice patterns for connecting people, business process and smart things

Success will depend on the quality of data that is dependent on organizations asking the right questions to generate the right data, but more importantly to ask the right questions required transform the data into insight.”He furthers, there will be no shortage of data; but the seeds of a successful project will be sown by the urge to know the kind of data that is needed from what he refers to as ‘data-exhaust’ (data-storage) and to make sure that the business acumen truly translates all these connectivity points into tangible business results.

The CTIO’s outside-in and inside-out role play in his recent stint has powered him to perceive the ethical values pertained to the unveiling of this ground-breaking IoT technology. Rotar explicates with a scenario; a smart city (an emerging conceptual view of a city that promotes the use of information and communication technologies to engage with citizens to develop social and intellectual capital) where everything is connected and even monitored only to make it more livable. Now given that, everybody being monitored in a variety of ways, both voluntarily and involuntarily, is the IOT fostering a utilitarian approach to society? Utilitarianism is the ethical construct based on outcomes of maximum utility. Rotar questions the outcomes of the fact that if it’s understandable, there needs to be actions. For example, if the city can track the number of people taking the bus or subway, for their office commutes during peak summer, there could be an action taken.” He adds, “It’s not about being watched or monitored by some authoritarian. Wouldn’t it be good to send this information to the electricity company to let them know, how much energy they need to produce/distribute in order to learn about how much air conditioning is needed in the offices based on the temperature and headcount?”

Therefore, he points that it is also ethics which is vital for a successful IoT project because, as it grows, ethical questions start arising across not only different verticals, but also across nations.

Though, in its nascent phase, the manufacturing vertical has had a little bit of experience with IoT in scenarios like Industrial Internet (it refers to the integration of complex physical machinery with networked sensors and software). “They have disruptive technical guidelines, but often with IoT just being ‘Things’ and not connecting things to people and business processes “remarks Rotar. On the other hand organizations which are good at connecting business processes and people, have often not added “things” to the equation. But now, with these two worlds converging, companies will really need to figure out how to connect the 3 pillars of a digital business (things, people, processes) and it’s a very different set of architectural defined patterns that are required. “It’s a new world where Solution Architects, Business Analysts, Technology Architects have to be willing to un-learn and relearn things they used to know, and adopt a new way of thinking because there are very few tried and tested best-practice patterns ”

Anticipating the verticals, Rotar thinks the IoT market is concentrated within the wearable market as of now and the next wave will be around the automotive industry, around connected cars. He illustrates with an example —“It’s like an Onion with skins where wearable is in the middle, cars and automobiles in the second one, homes and cities contained in the next, and the outer one contains industrial transportation, banking, oil and gas.” Looking ahead, he believes there is going to be steady and strong progress on the devices getting smaller, cheaper yet more energy efficient, and connective with optimum bandwidth.

On this journey of breaking new ground, Rotar suggests, “Don’t think of IoT as a separate initiative but think about it as an integral part of your digital business strategy.”Living in the early phase where the majority is under experimentation and learning process, he reasons out, “Technology has evolved to a point where the rules of the game are truly being re-written, and the price of success as a Digital Business will mean overtaking your competitors and gaining market leadership.